On a recent balmy late winter’s evening in the Melbourne suburb of Brunswick East just over A$5000 was raised to support Youth Star’s activities. The money raised is almost enough to support two Youth Star volunteers for 12 months community development work in rural Cambodia.

A wonderful feast of Cambodian food was provided for the evening, with a team of Australian-based Cambodian cooks preparing mountains of spring rolls, vegetarian dumplings, Cambodian noodles and a selection of curries and salads. This was topped off by numerous Cambodian and western desserts, complemented by freshly brewed coffee and other hot and cold beverages. Around 100 adults and children attended the event – with face and finger painting provided for younger participants.

The highlight of the evening was a Skype video call featuring Youth Star volunteers and their young protégés in Prey Veng Province, who sang a song to entertain the Melbourne crowd. Mora Gibbings Executive Director — currently on leave from Youth Star — hosted this interaction in Melbourne while Mr LUY Tech Chheng created the Cambodian link. Mora returns to Cambodia in November 2014 to continue her role in Youth Star, taking over from Chheng who has done a wonderful job in this role during Mora’s absence.

During the evening the vision and mission of Youth Star was explained to the guests, with a presentation supported by photos and a video of Youth Star at work in Cambodia. It was explained that in some ways the Youth Star model is similar to the more widely known Peace Corps, with its dual purpose of helping needy communities and developing volunteers into future leaders.

The fundraising event took place in the garden of friends Julian and Nicole, who along with other Australian and Cambodian helpers were responsible for organising and preparing the festivities. It is hoped that this will be the first of many annual Melbourne Youth Star fundraising events! A special thanks to all those who donated their energy, resources and time to this event; and to those who attended the successful fundraiser. 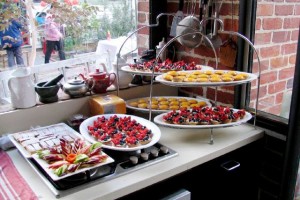 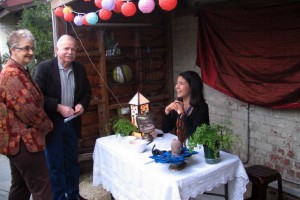 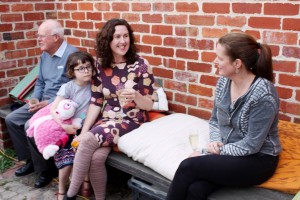 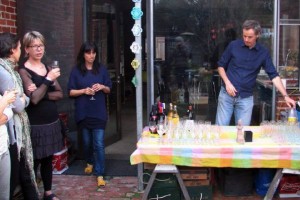